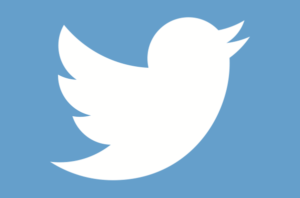 I am a designer. I am a web strategist. This also makes me a perpetual student of design and of web strategy.

When I was a kid, the world was a simpler place. Of course everyone can say that. We are in a world where new technologies are emerging every single day. Of course life was going to be simpler back then – whether you grew up in the 70’s, 80’s or 90’s.

One of the things that was simpler was how a business publicised itself. It was easy really. Three options only. Newspaper.. actual paper, radio or television. In Australia television was where it was at to really make an impact. Three commercial channels. A population that didn’t really do anything in the evening other than stare mindlessly at the box. If you advertised on the telly you had a large, captive audience.

Times have changed dramatically. The internet.. it’s effectively infinite. How many years would it take you to travel from one end of the internet to the other?

One of the things about the internet is that because it is so vast, it is hard to stand out. Hence the importance of great – exceptional even – headlines in any page you create, in any blog post you write.

This hit home to me as I started to learn how to use Twitter. For a long time I avoided Twitter. Why? Well my perception was that it was full of celebrities telling the world about themselves and frankly I wasn’t interested.

Lately I have been revising my view. As I said  I am a perpetual student of digital strategy. I leave no stone unturned when it comes to understanding web strategy. I realised that, like it or not, Twitter was a major part of the internet landscape. Just as it’s essential to move up the Google rankings, a presence on Twitter is almost mandatory for any business wanting internet visibility.

Anyway, I go onto Twitter and look at the hashtag #webdesign. It’s kind of relevant to my business. I see a bunch of posts. Everyone is doing it. I click on a few. But of course only a few. And which ones do I pick? Well the ones with headlines that look interesting to me of course. There could be other articles that are better. I’m not ever going to find out, because I won’t be reading them. It’s obvious really. If you don’t have a great headline, you may as well not write your article because it isn’t going to get read.

That is the beauty of Twitter. Getting a message across in 140 characters or less. That headline really needs to stand out and it needs to be brief – you have to have room for your url and your hashtags as well as your headline.

I recommend if you haven’t looked at Twitter before and you are looking to build an online presence, have a look at Twitter and see what I mean.