Could you go without Windows for a day? 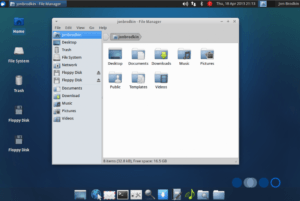 Microsoft. For years I’ve used their products. I’ve usually been quite happy with them to be honest. That satisfaction only lasts as long as you don’t have a problem that needs their assistance. Then frustration builds.

You speak to some guy in Mumbai. He speaks English, but doesn’t really understand you. Anyway, as it is he is limited by the parameters of his job; he has no authority to help you with anything outside of the norm.  He can’t help you so you are passed to another department.

You are put on hold. After 20 minutes of being on hold you speak to someone else, explain your problem and he tells you that you have been transferred to the wrong department. He transfers you again and you are put on hold again. Now you have a choice. Do you continue to waste hours of your life or do you give up in frustration?

There is no complaints department that you can contact to voice your complaint about their service and see if you can get your issue resolved. All of the people you speak to are low level  (no one high level works on a technical support phone line). These phone support systems are set up to give you the appearance of being able to get support without actually giving you support.

You can see reviews of Microsoft customer support here – customer service scoreboard. Largely negative, yes, but in the interest of fairness I have to say people are more likely to complain than they are to say job well done.

I would also like to say that I don’t think Microsoft are alone here. Most corporations, especially in the IT space, use such a system. I do believe part of their business model is to set things up like this so that people just go away and try to sort out their problems themselves without bothering them. Either that or pay for premium support.

But what is the alternative? If you work on a laptop you usually either have a Windows PC or you buy a Mac. Macs account for 10% of the market (roughly) and Windows accounts for most of the rest. When you buy your laptop it comes with Windows pre-installed, so why bother with anything else anyway?

In my case I wanted to do it to see how relevant Windows was to my day. To see if I would miss it if I didn’t have it. Also, Windows is a commercial product; it costs money. Linux, which is the alternative I chose, is what is known as open source software is free.

My laptop has Windows installed and I didn’t want to wipe it just like that. I may do it at some stage, but I’m not that brave.

Fortunately you don’t need to wipe Windows from your hard drive these days to try an operating system. All you need is a usb drive. With most modern laptops, you can set it up to boot from the usb drive.

Onto the usb drive you put an operating system. What I chose was Xubuntu, which is a type of Linux. If you are no technical, you may have heard of Linux but don’t really know what it is; it’s not familiar to you.

You may not know it but it’s actually all around you. Android is Linux based. Macs actually run on a Unix like base (Linux is a type of Unix). Chances are that the web server you go to is powered by Linux.

The image at the top of this post is Xubuntu by the way. As you can see, it doesn’t look very foreign to a Windows user.

Anyway, without going into the technical detail, I put Xubuntu on my usb drive, booted from the drive and there I was, running Xubuntu.

It recognised all my Windows files, so I could grab any documents I needed. It came with the Firefox browser pre installed, so I could get onto the web straight away. Network setup was as simple as putting in my wifi password and sound took no configuration.

What I found is that 90% of my computer time is working within a web browser. I develop websites in WordPress. It doesn’t matter what platform I run. I research using Google, which of course is browser based.

But what about if I want to edit a Word document, or an Excel spreadsheet? You have options. Two are online and one is not. You have Onedrive, which is actually Microsoft (but they don’t charge you for it so that’s ok).  You have Google Docs (from Google obviously), which offer a word processor and a spreadsheet. If you want software there’s Open Office, which apparently has over 100,000,000 downloads (bit of social proof there) and runs on Linux.

But what if I want to run Powerpoint? Are you for real? In that case, seek help. Never heard of Death by powerpoint?

Anyway, I went without Windows for a day and I didn’t even notice. If you want to try it as well, go to pen drive Linux where you can download a utility that will allow you to make a bootable Linux drive with no hassle whatsoever. You will also need Linux. All you need to do for that is search Google for “Linux distros”.

I know the experiment is not for everyone, but if you try it, you will be amazed at how little you use Windows.