Has Virtual Reality Come Of Age? 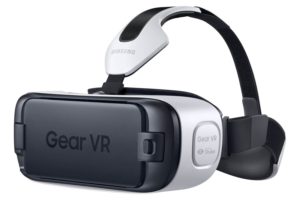 Virtual Reality. It’s been the next big thing in computing for like.. well ever. But, like speech recognition, it has remained over the horizon for so long.

That’s the thing with this tech explosion. Sometimes there are ideas that are great but their time hasn’t truly come yet. An example of this was the Tech bubble of ’99-2000. Online shopping was going to destroy traditional retailers. Didn’t happen did it? Instead what happened was that many of the companies crashed and burnt spectacularly, often after having chewed through large amounts of venture capital in the process.

There is estimation that it caused the loss of 5 trillion dollars as stock markets crashed (Anyone who knows about the share markets knows that’s not actually true by the way – it means that that 5 trillion dollars was taken from the hands of the last people holding the shares).

Anyway, the thing is that just because an idea isn’t right then doesn’t mean in can’t come of age. Online shopping has now come of age, and along with it, many other services. The list goes on and on now, as we change the way we do things. We used to download music and burn it onto CDs. Now we just stream it from a service such as Spotify or Pandora. We use Netflix or other streaming services to watch movies. Book stores are almost extinct due to the power of Amazon.

Now the thing is about this is that this is a conference that can only be described as a geek fest. You don’t go to events like this, which is all about the latest developments in mobile phone technology unless you are very much a technical evangelist.

Mark Zuckerberg was at the conference and his words were “I think about my baby daughter and the way I want to remember her when she takes her first steps.” Now that to me is a compelling reason right there. Three sixty degree cameras are out now. Imagine using them to capture such moments!

You are not just watching the moment on a TV screen as some remote observer, you are there. You turn your head and you can look around the room.

Or imagine this. I’m a huge history buff. Imagine in the not too distant future being able to be transported to a famous battle and see it unfold in front of your eyes. Not like a movie, where they have scenes and then they cut to the next scene, but the entire battle. You are there as if in a balloon, an observer to the entire thing.

Now that for me is compelling. Time will tell whether virtual reality has come of age or if it is still the bridesmaid, no matter what the pundits say.